VMWorld from a Hadoop Perspective

It's been an excellent week at VMWorld.  I've been focusing on virtualizing Hadoop and business critical applications.  My highlights:
VMware's goal with the Software Defined Data Center (SDDC) is to take customers to 100% virtualization. VMware's vSAN and NSX will allow virtualization from compute to now include virtualization of networks and storage.  VMware used to be about customers being 70% virtualized and moving the line to 75% or 80% virtualized.  Now focused on moving customer to 100% virtualized which means aggressively virtualizing Business Critical Applications (Oracle, SAP, etc) and Hadoop.  The SDDC is still a goal and more software pieces have to be put in to accomplish this goal. 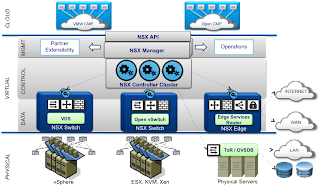 
Hadoop at VMWorld
Hadoop presentations all start out discussing the benefits of Hadoop, use cases and then VMware's strategy around virtualizing Hadoop (Serengeti and Big Data Extensions).  Lots of use cases around the volume of semi structured and unstructured data.  Example: a single GE jet engine produces 10 TB of data in hour. 90 Petabytes per year.
As you would expect polling of audiences showed almost no knowledge of Hadoop.

Fed-Ex showed how they are using scale-out NAS with Hadoop.
Identifed Inc. did an overview of their Hadoop experience.
VMware announced vSphere 5.5, here are a few highlights: